Here’s to my first vegan cupcake recipe – hooray! I am so pleased with how this turned out. After quite a few failed attempts, I think I finally nailed eggless, vegan chocolate cupcakes. I already have similar recipes that are already GF/DF but didn’t realise how hard it would be to take out the egg and make it still as good. Perseverance took me there in the end. I hope you think it was worth it! You’ll have to bake these yourself and see.

I wanted to keep the beautifully light spongy texture I managed with my ‘egg-containing’ recipe. After experimenting with both plain and self-raising flour, I actually found the latter to be really useful for this part. That and the sieving of ingredients to add in extra air. Make sure not to skip any of these steps – I promise the extra few minutes will help immensely.

Not only are these unbelievably soft, but they are so moreish. You’d never know they were GF and vegan. It is so easy to indulge in more than one as they are really light. Plus, the addition of the buttercream adds a beautiful depth to the cake too. I find having the melted chocolate in there brings out its decadence. 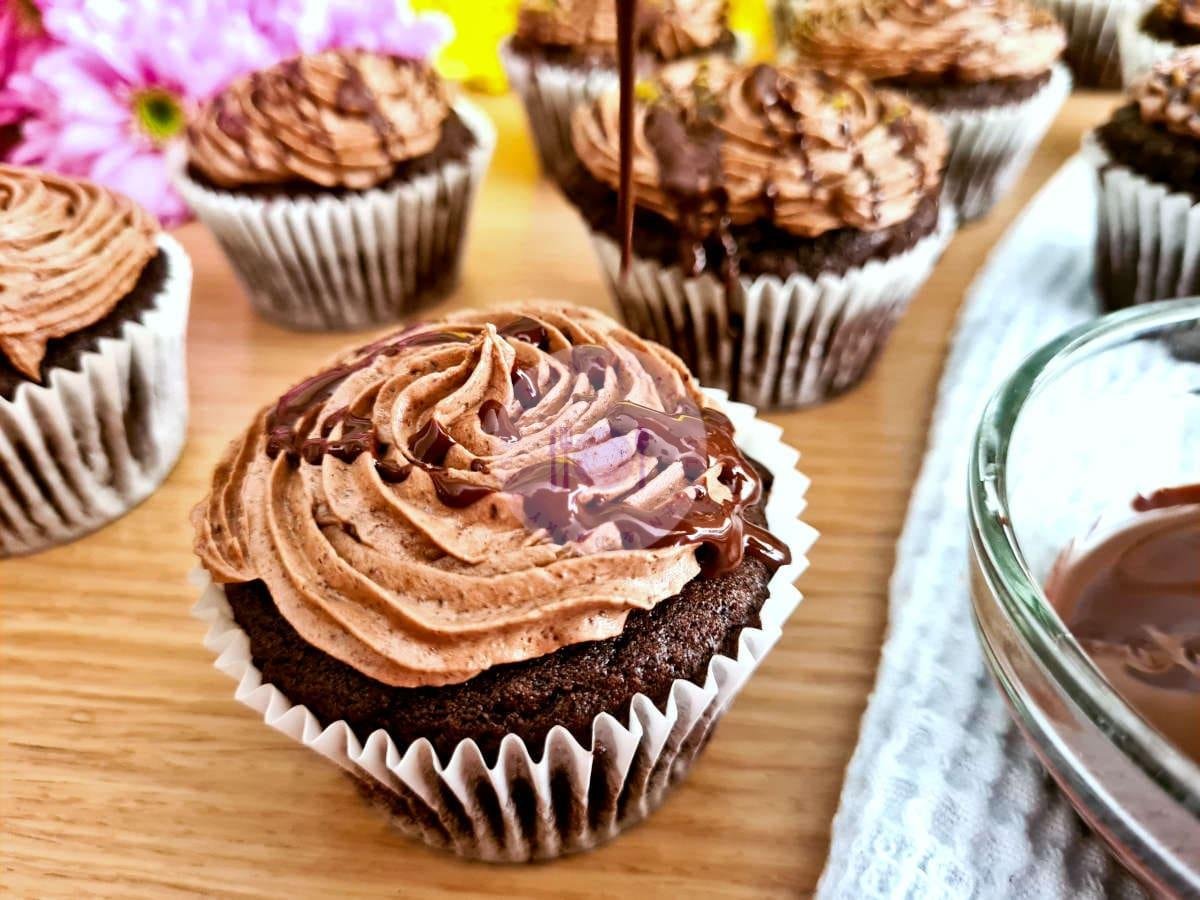 I was actually tasked with making these by a few people. I have had quite a few messages for more ‘veganised’ recipes as well as some vegan friends asking to try my bakes. I thought it was time to try it out! I can’t wait to try and make vegan versions of other recipes too. I have also been asked to do this for my sugar cinnamon doughnuts.

One thing I did differently to my usual cupcakes is I decided to brown my butter first. This gave the cakes so much flavour! In a way, it was subtly nutty and gave a ‘nutella’ feel. Without the nuts, of course. I only recently started using browned butter in my recipes but have noticed a huge difference in taste. It really enhances the tones of the bake and brings it alive. Will definitely be using this more. On this note though, make sure to be careful when browning your butter. There is a fine line between browned and burnt. I find a good tip is to move the butter into a bowl after heating to prevent further cooking in the saucepan. 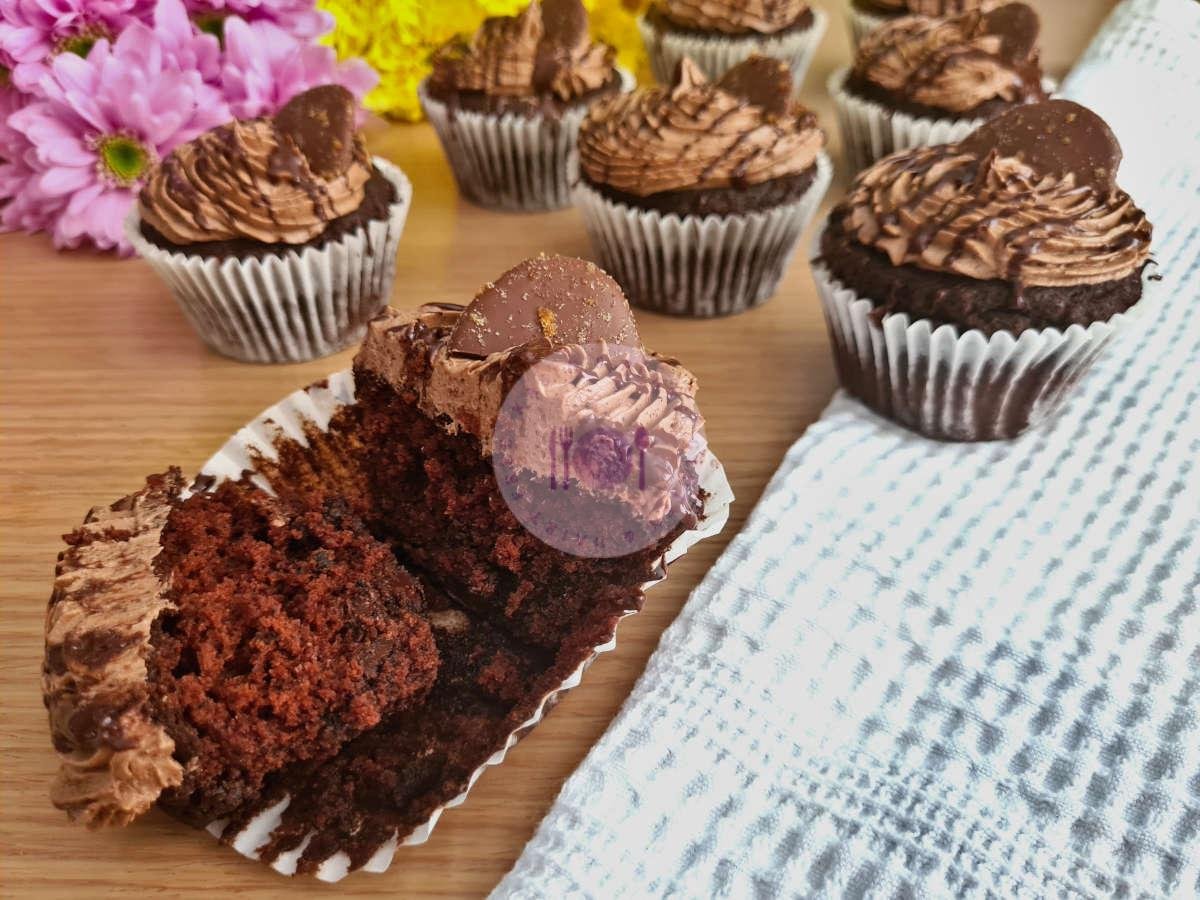 You’ll honestly be so surprised these are vegan – my partner and friends didn’t know until I told them. They have been going down a treat at work with colleagues too. You could always whip up a batch of these and accompany them with my boozy Black Forest style cupcakes too. Just make those vegan, if you wish, by using the base recipe from here. 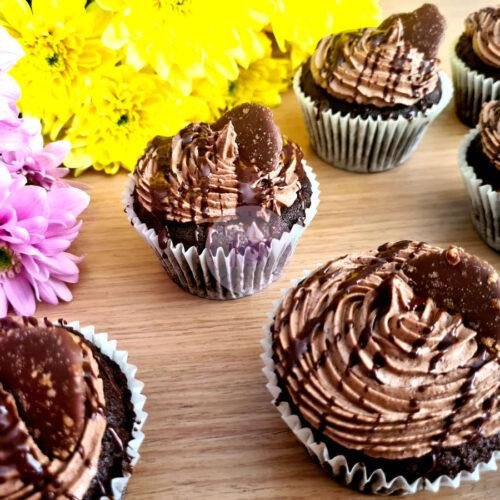 For the chocolate cupcake sponge

For the chocolate buttercream icing

To make the chocolate cupcake sponges

To make the buttercream frosting 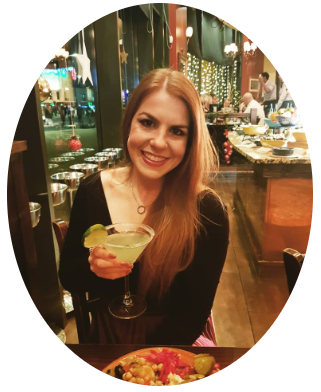 Search All Of Kasia’s Plate

@cocobrowniesuk 🍫🍩 I am so sad these were t

AD. @newmoontapasbar 🌘 Where do I even start?

The sun is still shining here in South Wales. This

Bunch of Grapes, Pontypridd 📍 If you live in R

HILLS, Brecon 📍 What can I say? I've been DYIN

This website uses cookies to improve your experience while you navigate through the website. Out of these, the cookies that are categorized as necessary are stored on your browser as they are essential for the working of basic functionalities of the website. We also use third-party cookies that help us analyze and understand how you use this website. These cookies will be stored in your browser only with your consent. You also have the option to opt-out of these cookies. But opting out of some of these cookies may affect your browsing experience.
Necessary Always Enabled
Necessary cookies are absolutely essential for the website to function properly. These cookies ensure basic functionalities and security features of the website, anonymously.
Functional
Functional cookies help to perform certain functionalities like sharing the content of the website on social media platforms, collect feedbacks, and other third-party features.
Performance
Performance cookies are used to understand and analyze the key performance indexes of the website which helps in delivering a better user experience for the visitors.
Analytics
Analytical cookies are used to understand how visitors interact with the website. These cookies help provide information on metrics the number of visitors, bounce rate, traffic source, etc.
Advertisement
Advertisement cookies are used to provide visitors with relevant ads and marketing campaigns. These cookies track visitors across websites and collect information to provide customized ads.
Others
Other uncategorized cookies are those that are being analyzed and have not been classified into a category as yet.
SAVE & ACCEPT